It is no secret that Electric Bus Market are yet to find their full-fledged service models in transit systems. Most conventional buses run on CNG and diesel powered engines, however, growing concerns over global warming and rising levels of pollution have favored the cause of electric types. Electric types are available in three different modules hybrid electric, plug-in hybrid electric and pure electric. Hybrid and plug-in hybrids have a similar working model as both use electric propulsions along with conventional fuel, while pure electrics run only on batteries and use no conventional fuel. In addition, leading automotive manufacturers are extending business units dedicated to making and developing efficient electronic vehicles. The global electric bus market is estimated to account for 33,854 units in terms of volume, and register a CAGR of 28.0% over the forecast period, 2014-2020.

Plugins for an Electric Bus Market

The technology used in Electric Bus Market will need more enhancements and upgrades before they could take over the reins from the conventional models. The present transit systems around the world heavily dependent on busses running on diesel and CNG engines, although, a portion of it is slowly shifting towards greener transit solutions. For instance, recently the government of Switzerland promoted the use of greener transit models and is planning to launch electronic buses to its municipal service including setting ups of charging stations for the buses.

Electronic buses are usually expensive and priced quite high, which limits its adoption only to the countries holding a strong economic background. Further, electronic busses require several additional plug-ins for their efficient working such as an uninterrupted source of electricity, power charging at regular intervals and frequent maintenance check adding more to the cost.

Manufacturers are focusing on product innovation and further development as huge amounts of investments are made in R&D programs. Quick charging, extended life of the battery and longer durations of running capacity are few of major areas of technological improvement. For example, Proterra, Inc. one of the leading electronic, zero emission vehicle manufacturing company is planning to launch highly efficient all-electronic busses that would run for longer durations on a single time charge. Reduced initial cost and improved battery life coupled with recyclability and disposal plans will play a crucial role in determining the future Electric Bus Market.

The high cost of Electric Bus Market makes it difficult for their widespread adoption. Pollution levels are rising all across the globe, however, for developing countries, it is more challenging to deal with the problem owing to limited funding and low financial aid. In recent years, the region of Asia Pacific has recorded high levels of air pollution, especially in countries such as China and India. While China takes strong measures for controlling the excessive carbon emission in the country by introducing greener transit systems, other developing countries in the region are a still reflecting sluggish approach to the matter.

What questions do you have? Get quick response from our industry experts.

Some of the latest trending market research reports from same category. 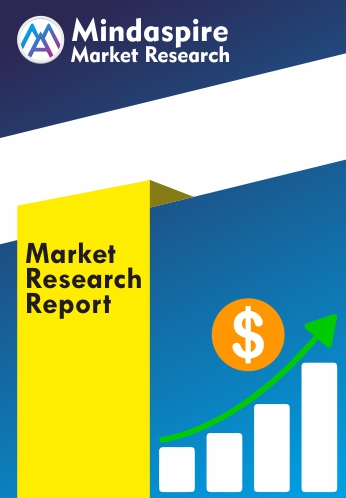 Our research and consulting services are tailored specifically to you and your organization in order to explore practical growth strategies and recommendations. We don't adhere to a one size fits all policy. Mindaspire Market Research provides one stop solution from the beginning of data collection to investment advice.

Get your queries resolved from an industry expert.

Design an exclusive study to serve your research needs.

We ensure to provide relevant data to assist our clients in solving market challenges.

Your personal and confidential information is safe and secure.

Drop us an email at